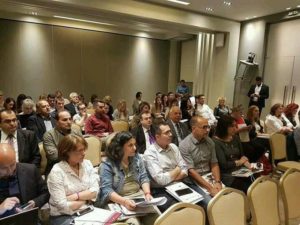 The teaching courses funded by the Jean Monnet Chair focus on the role of news media and journalism in the emergence of a European public sphere.

Combining a cross-national comparative approach to European journalistic and news cultures with a hands on coverage of current European issues, the teaching activities explore the complexities and challenges regarding the reporting on Europe and the European Union.

Awareness of of ‘Europe’ as a distinctive issue area

Acquisition of key investigative, analytical and reporting skills regarding the covering of issues from a European, rather than national, point of view 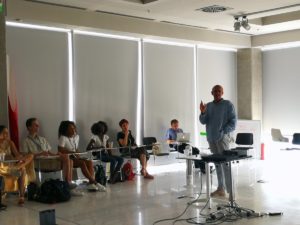 The teaching courses provided and funded by the Jean Monnet Chair were awarded twice.  A Commendation Award (October 2016) by the Dean of the Faculty of Economic and Political Sciences, and an Excellence Award by the Rector of the University in January 2017.